J. Wallace Tutt, III - attorney, gifted designer and builder, and author -  died this weekend in the Bahamas.  He was 53.
The Alabama native was roundly beloved by his celebrity clients and friends and his staff for his gracious Southern ways, his zest for life and his great sense of fun and friendship.
Tutt was perhaps best known to everyone else for his elegant style and famous design of the late Gianni Versace's lavish Miami mansion Casa Casuarina, now a restaurant and hotel. 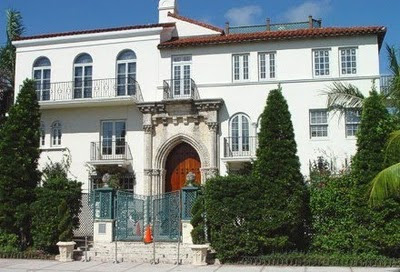 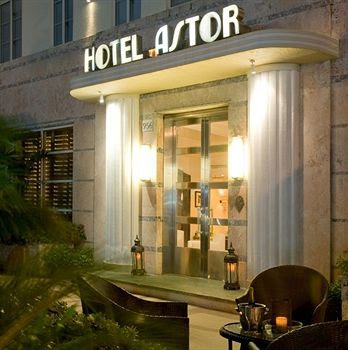 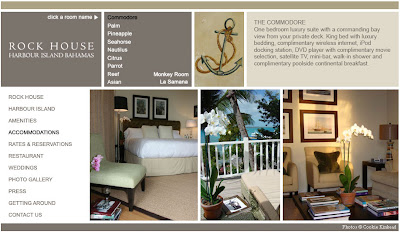 The Commodore Room at Rock House


A Bahamian native since 2002,  Tutt owned the exclusive boutique hotel Rock House on Harbour Island, later opening the Rock House Bar and Restaurant in Miami's Angler's Boutique Resort which he had been commissioned to design.
Channel Photographics in Marin County released Harbour Island,  Tutt's gorgeous tribute to his adopted island with photographs by Cookie Kinkead and a foreword by Diane von Furstenberg, last year.  He self-financed the $75 book entirely and donated all proceeds to education on Harbour Island. Very few first editions remain; the decision for a second printing lies with the executor of Tutt's estate. 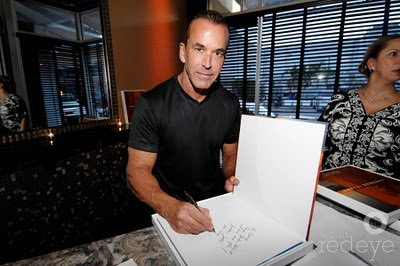 Wallace Tutt at his November 2009 book launch.
Courtesy of Tutt's friend, blogger and Florida celebrity photographer
Seth Browarnik of WorldRedEye.com
Adrianne Casey, co-publisher at Channel Photographics, worked with Tutt on the book for several years.  "He was so grateful for everything," she says.  She'll most remember his "generosity, talent and humility" and the fact that "he was always giving back, especially to education on Harbour Island...he loved the people, the children and the Island itself."

Tutt will be "missed by thousands," she adds.  "He had so many friends and everyone has been saddened by his passing away. I am glad to say that I had the pleasure of knowing Mr. J. Wallace Tutt."